There are always lots and lots of reasons to visit Walt Disney World any time but 2019 is shaping up to be quite an amazing year for the Florida theme parks. Several of these reasons are limited time only events, many running January 18, 2019-September 30, 2019 and I don’t want want you to miss any of them. Just a reminder that having me plan your Walt Disney World vacation is FREE to you! Just Email Me to get started. 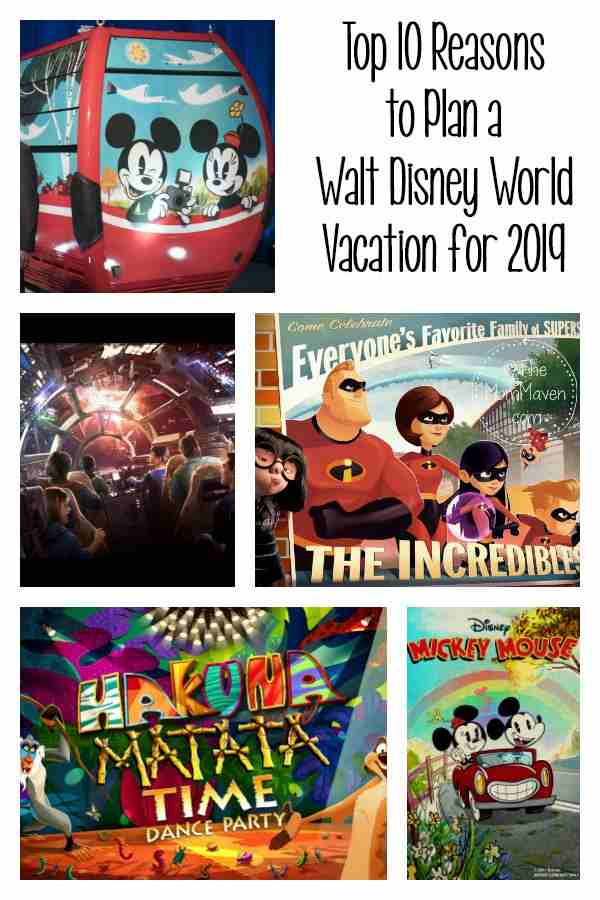 In summer 2019, Walt Disney World Resort will unveil a completely reimagined Disney’s Coronado Springs Resort, featuring hundreds of new guestrooms and a plethora of new amenities. Walt Disney Imagineering is reinvigorating the resort with fresh storytelling and functional enhancements that will make a dramatic impact on the experience for guests.

The biggest addition to the property will be a 15-story tower offering a two-level entrance lobby, 545 guest rooms (including 50 suites), a themed and unique rooftop table-service restaurant, two presidential suites and more.

A second new restaurant will be located on an island in the middle of the resort’s 14-acre lake, Lago Dorado. New walkways will stretch across the lake, allowing quick and convenient passage to and from all areas of the resort.

It’s been 25 years since Simba, Timon, Rafiki and all the other treasured characters from Walt Disney Pictures’ “The Lion King” first roared into our hearts. In 2019, guests at Disney’s Animal Kingdom will be able to celebrate the classic animated film more than ever.

Each day from Jan. 18 to Sept. 30, guests will feel the love during the “Hakuna Matata Time Dance Party,” a raucous celebration where young adventurers will let their inner animals roam free on the dance floor. Timon and Rafiki will engage everyone in entertaining dances and games inspired by “The Lion King,” as wildly talented musicians provide the perfect soundtrack in a World Beat style.

Also from Jan. 18 to Sept. 30, guests will imagine themselves in scenes from the film via new three-dimensional photo opportunities at the park. These backdrops will allow guests to re-create iconic “Lion King” moments ideal for sharing on social media platforms.

The Disney on Broadway Concert Series, held during the Epcot International Festival of the Arts, expands to seven days a week during the 2019 festival, providing more opportunities than ever before to hear pairs of Disney on Broadway stars sing favorite tunes from award-winning productions. The lineup will rotate regularly, featuring music from “The Lion King,” “Frozen,” “Beauty and the Beast” and other hit shows. The festival runs January 18-February 25, 2019. 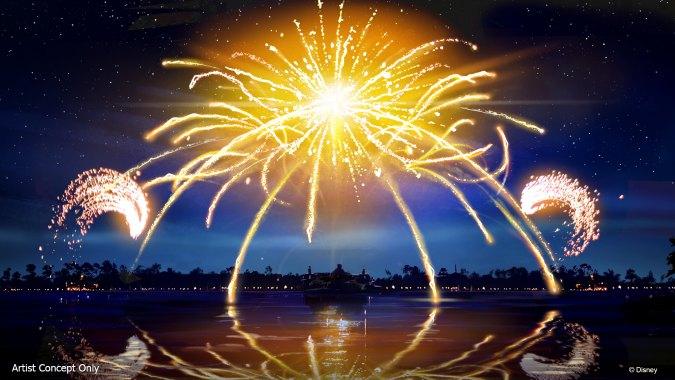 IllumiNations is finally going away, yay! An all-new, transformative spectacular is set to debut in 2020. It will celebrate how Disney music can inspire people from around the world, featuring massive floating set pieces, custom-built LED panels, choreographed moving fountains, lights, pyrotechnics and lasers.

Before that new show debuts, there will be a limited-time experience Epcot fans will love, called Epcot Forever, a true celebration of this timeless park. Debuting in fall 2019 and set to classic Epcot tunes, the show begins with a spark of imagination that quickly grows into an epic spectacle of fireworks, music, lighting, lasers, and choreographed, special effects kites.

Welcome spring’s arrival with the 2019 Epcot International Flower & Garden Festival, returning March 6-June 3. This year’s event will feature delectable bites at outdoor kitchens, as well as dozens of world-renowned, Disney-themed topiaries. For more fun than ever, the Garden Rocks Concert Series expands to seven days a week in 2019, offering a mixture of new artists and returning favorites. With three concerts per day for all 90 days of the festival, Garden Rocks will deliver an amazing 270 concerts next year at the America Gardens Theatre.

Imagineers have been hard at work creating Mickey & Minnie’s Runaway Railway at Disney’s Hollywood Studios, using breakthrough technology to transform a two-dimensional cartoon into an amazing real-world experience. The first-ever ride-through attraction themed to Mickey Mouse – set to open in fall 2019 – will feature a new original story and lovable theme song as it takes guests on a journey inside the wacky and unpredictable world of Disney Channel’s Emmy Award-winning “Mickey Mouse” cartoon shorts.

3. Lots of Fun with Pixar Pals

Disney’s Hollywood Studios is transforming into a place where guests experience their own adventures in the immersive worlds of their cinematic imaginations. This reimagining of the park came to life in 2018 with the debut of Toy Story Land, an 11-acre immersive land dedicated to Pixar Animation Studios’ Toy Story films. As Disney’s Hollywood Studios prepares to celebrate its 30th anniversary May 1, now, more than ever, Pixar pals in the park will ensure 2019 is a blockbuster year.

Beginning Jan. 18, Pixar Place will transform into a Municiberg city block from Pixar’s Incredibles films. Guests will meet super suit designer Edna Mode and see some of her greatest creations. They will look for clues to the whereabouts of the youngest Incredible, the mischievous and multi-powered Jack-Jack. And at the end of the block, guests will celebrate the heroic deeds of Mr. Incredible, Mrs. Incredible and Frozone, who will make appearances throughout the day during a party featuring lively music, dancing, interactive games and lots more Super fun.

And then in spring 2019, Lightning McQueen’s Racing Academy will speed into Disney’s Hollywood Studios. This new show experience will welcome guests to the world of Pixar’s Cars films, bringing them face to face with racing legend Lightning McQueen. As the next generation of rookie racers, guests will learn from Lightning’s years of experience on the track. This will be the untold story of Lightning McQueen … as told by Lightning McQueen! 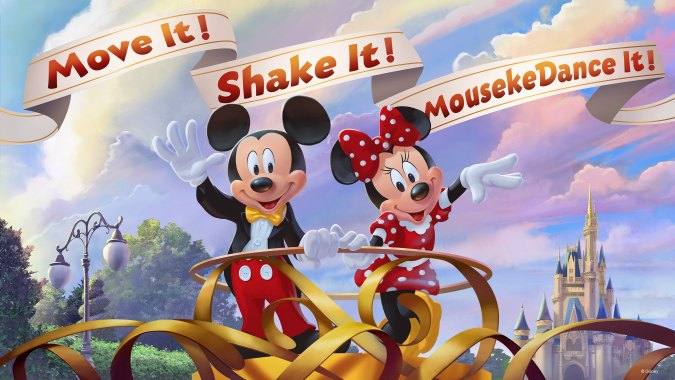 The fun begins Jan. 18 when Mickey & Minnie’s Surprise Celebration kicks off at the Magic Kingdom in Walt Disney World, honoring those true originals, Mickey Mouse and Minnie Mouse, with new entertainment, merchandise and specialty food and beverage. A highlight of the celebration will be the new “Move It! Shake It! MousekeDance It! Street Party.” Several times daily, this colorful procession will parade up Main Street, U.S.A. toward Cinderella Castle, where guests will be invited to join in the energetic dance party. Singing hosts will keep things hopping with modern remixes of favorite “Mickey Mouse Club” melodies and more. Joining Mickey and Minnie in all the fun will be a bevy of beloved Disney characters, including Donald Duck, Daisy Duck, Goofy, Pluto, Max, Chip ’n Dale and others.

Since Star Wars: Galaxy’s Edge was announced at D23 Expo 2015, fans have been eager to learn more. Now we know that beginning in the fall of 2019, guests can take the controls in one of three unique and critical roles aboard Millennium Falcon: Smugglers Run. On Star Wars: Rise of the Resistance, guests can join an epic battle between the First Order and the Resistance – including a face-off with Kylo Ren. These two new incredible experiences, paired with the land’s interactive components and optional integration with the Play Disney Parks app, will invite guests to become galactic travelers and live their own Star Wars stories in a galaxy far, far away.

Wow! 2019 is going to be an amazing year at Walt Disney World, I hope to see you there!