Valentine’s Day is tomorrow!! Did you forget to buy cards? Did you run out of cards? Do you want to give some cute cards to your friends and co-workers? Download these adorable printable cards from “Wreck-It Ralph”. 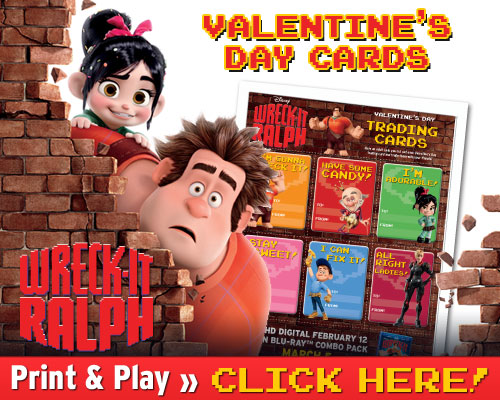