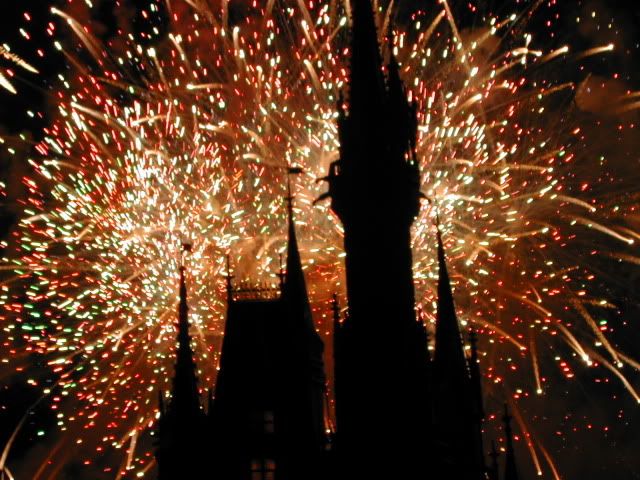 Guests celebrating the Fourth of July at Walt Disney World Resort will have a choice of fireworks shows plus other patriotic treats ‚Äì including appearances by ‚ÄúBenjamin Franklin‚Äù and ‚ÄúBetsy Ross.‚Äù
The spirit of the Fourth of July is up in the air after dark, and three Disney parks will be making a bang, with Magic Kingdom and Disney’s Hollywood Studios presenting special pyrotechnics and Epcot adding a patriotic “tag” to its famous ‚ÄúIllumiNations: Reflections of Earth‚Äù spectacular.
Here’s what’s in store on July 4 (entertainment and park hours are subject to change without notice):